The film looks at the 70 year career of Pritzker Prize winning Irish-American architect Kevin Roche. Still working at age 94, Kevin Roche is an enigma, a man with no interest in fame who refuses retirement and continually looks to the future regardless of age. Roche’s architectural philosophy is that ‘the responsibility of the modern architect is to create a community for a modern society’ and has emphasized the importance for peoples well-being to bring nature into the buildings they inhabit.

All films are followed by discussion Free and open to the public. 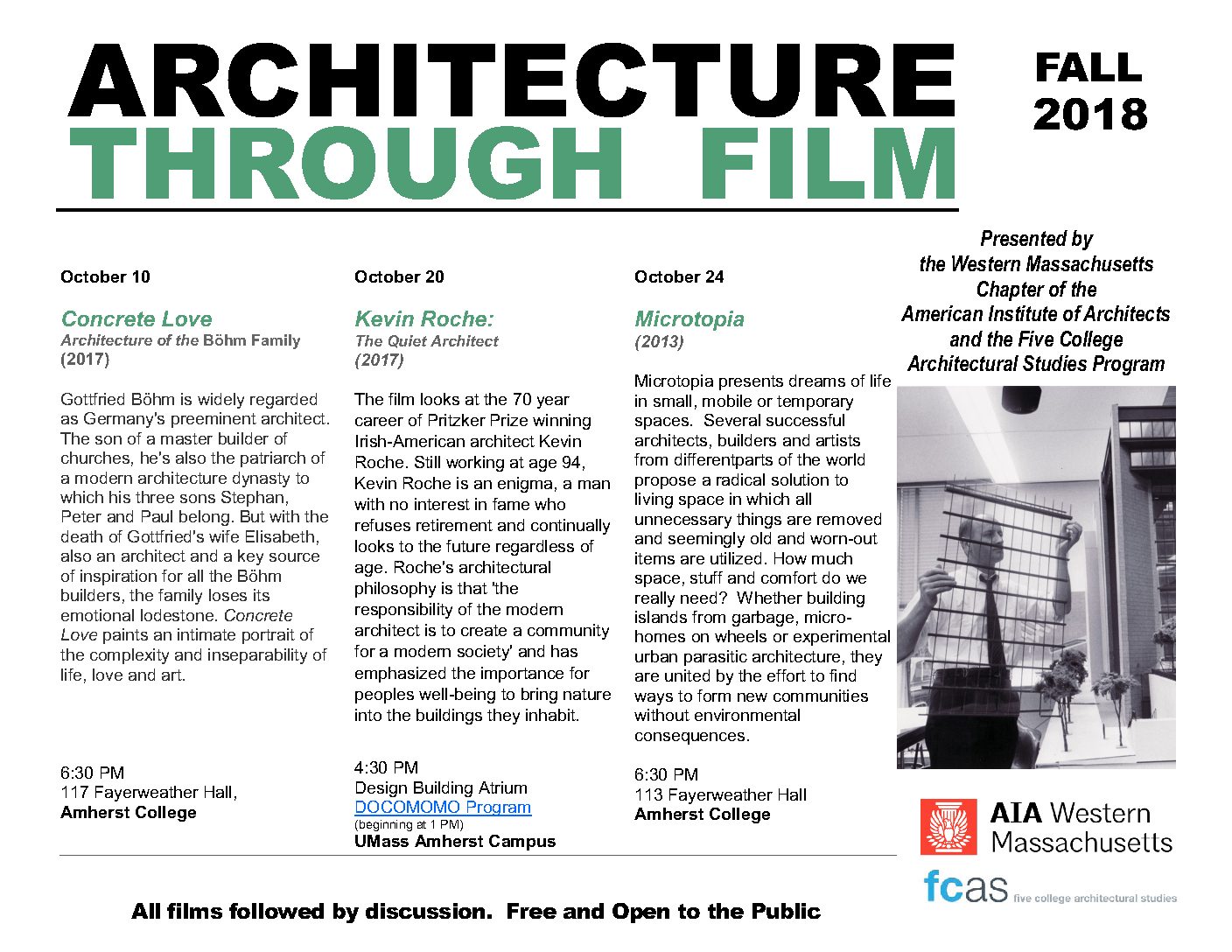